Many hours of work

Last winter, the team decided to change the engine for a KTM 690. The members put many hours of work into the mono, in order to have it ready to go.

All the flaws of the previous motorcycle had been corrected. Moreover, the mono had never been as good and geometrically correct as it as in the start of the spring training in Calafat. 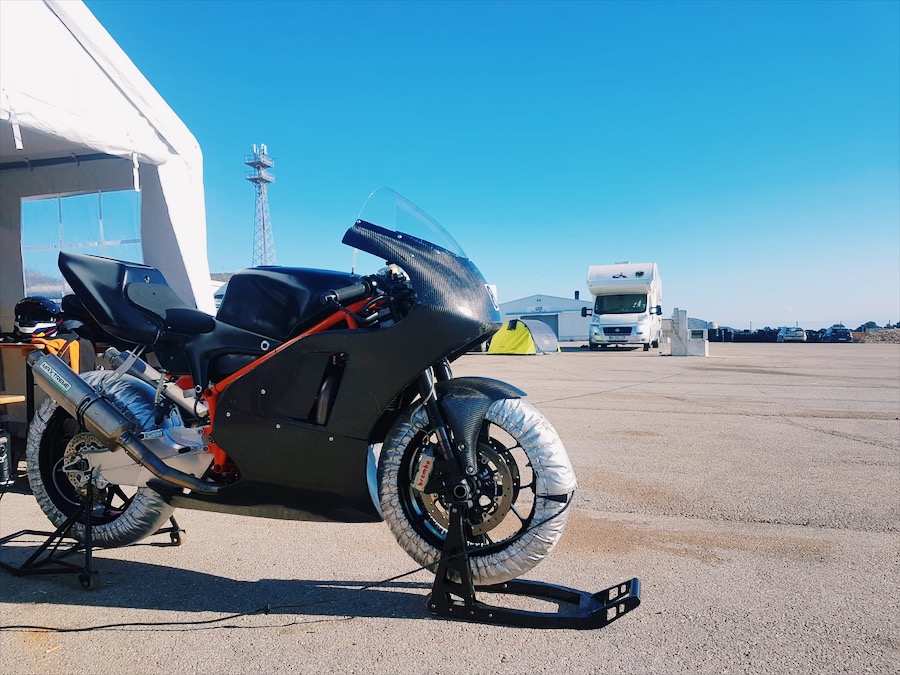 For these new developments, we received a lot of professional help. The reconstruction of the motorcycle was not only based on our knowledge. There was also professional input involved to renew the bike.

It was not just about a brand new engine, but also about new bodywork, shifting system, complete electronics, and a modified frame. Besides,  a fully adjusted and revised suspension travel and many other things. The system was tested for many hours and all the systems functioned as desired! 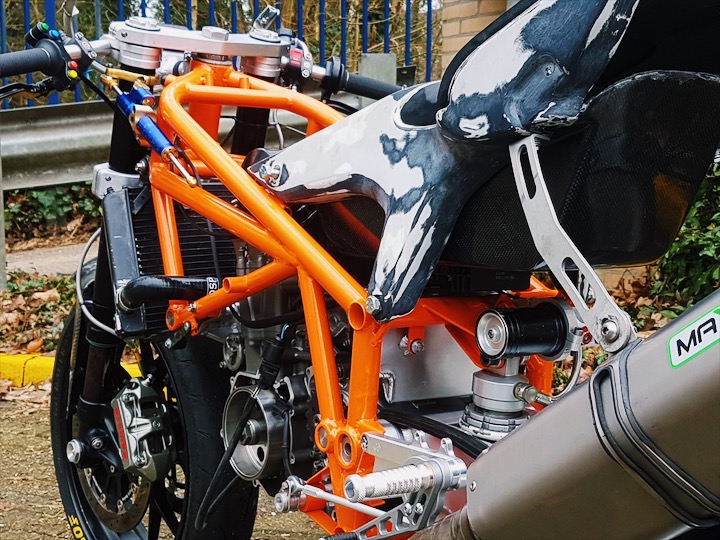 After the technical inspection at the circuit, where the mono passed flawlessly, the first session went without problems. The training continued after the usual technical check for the next session.

For the second session, the pedal positions and clutch were adjusted. The third and fourth session went better. The clutch still slipped, thus we changed it during the break. It all went as expected. The mono went nicely on the gas, and felt stable. This was a good base for the following sessions.

The trust was there. The mono could drive nicely through the turns. The brake and shift points were improving. We could see a clear progress. Moreover, a very satisfied, proud and enthusiastic team watched.

In the fifth training round, after accelerating out of turn sixteen, the rear wheel lost its grip. This led to the driver crashing and falling off the mono. When sliding, the mono lit, leaving a trail of fire in the safe closed circuit of Calafat. The driver got up without any further injuries from the fall, and stood behind the crash barrier at a safe distance.

In the meantime, the emergency services were on site to extinguish the mono. Unfortunately, the entire mono burned. The driver was immediately checked by the standard medical staff. They stated that there were no injuries present, except for some scratches. 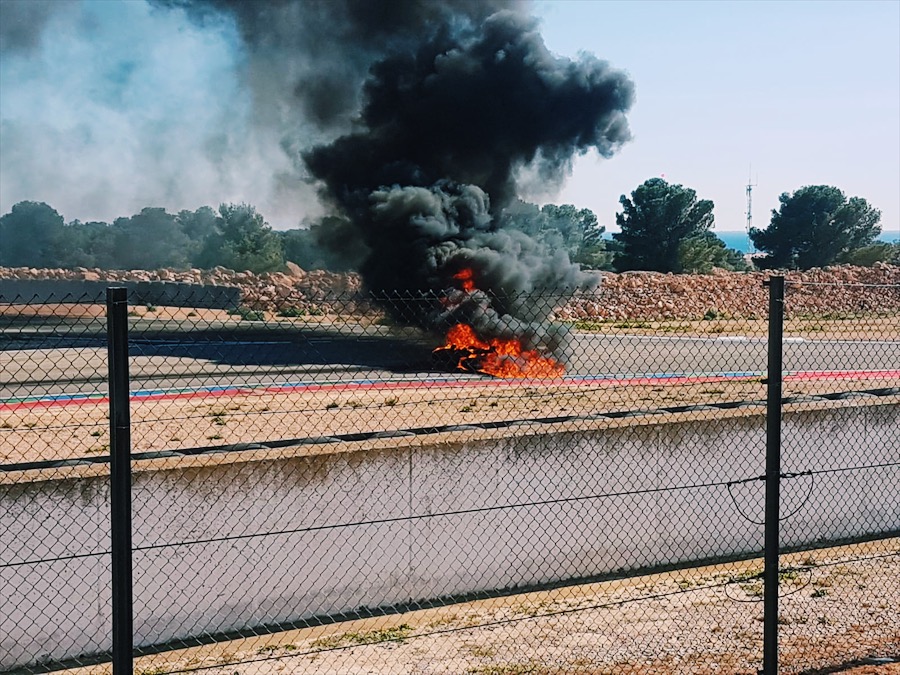 After carefully examining the circuit and the mono, the team concluded that it was probably caused by a fuel leakage.This leakage may have caused the rear tire to lose its grip and the mono to fall.

After the fall, the sparks from the engine on the asphalt ignited a fire. A tank vent valve may have failed. Unfortunately, this conclusion is very difficult to confirm, since all parts were lost during the fire. The team will try to draw a further conclusion from this incident when it comes to diesel assembly.

This situation is a huge set back for the team. A lot of hard work has been done last year. Not only the members put all their input into the mono, but also by sponsors and other external parties.

Unfortunately, we went back to zero. This is the most discouraging thing for the team. The situation is difficult for the members, since everything has to be started from the beginning.

In the coming period, the team will analyze how to go further from this point. We will keep you updated! 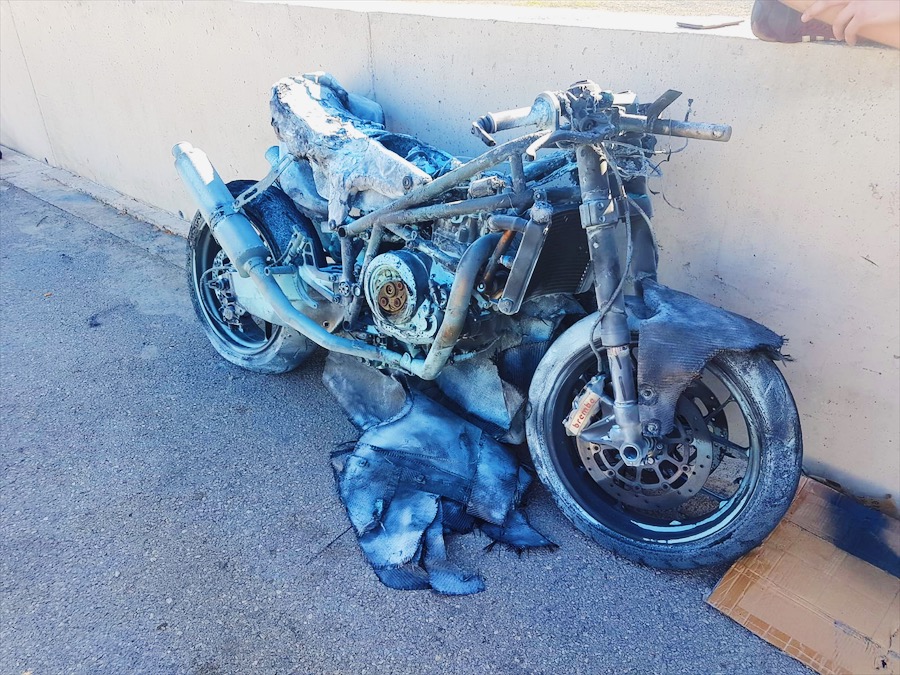